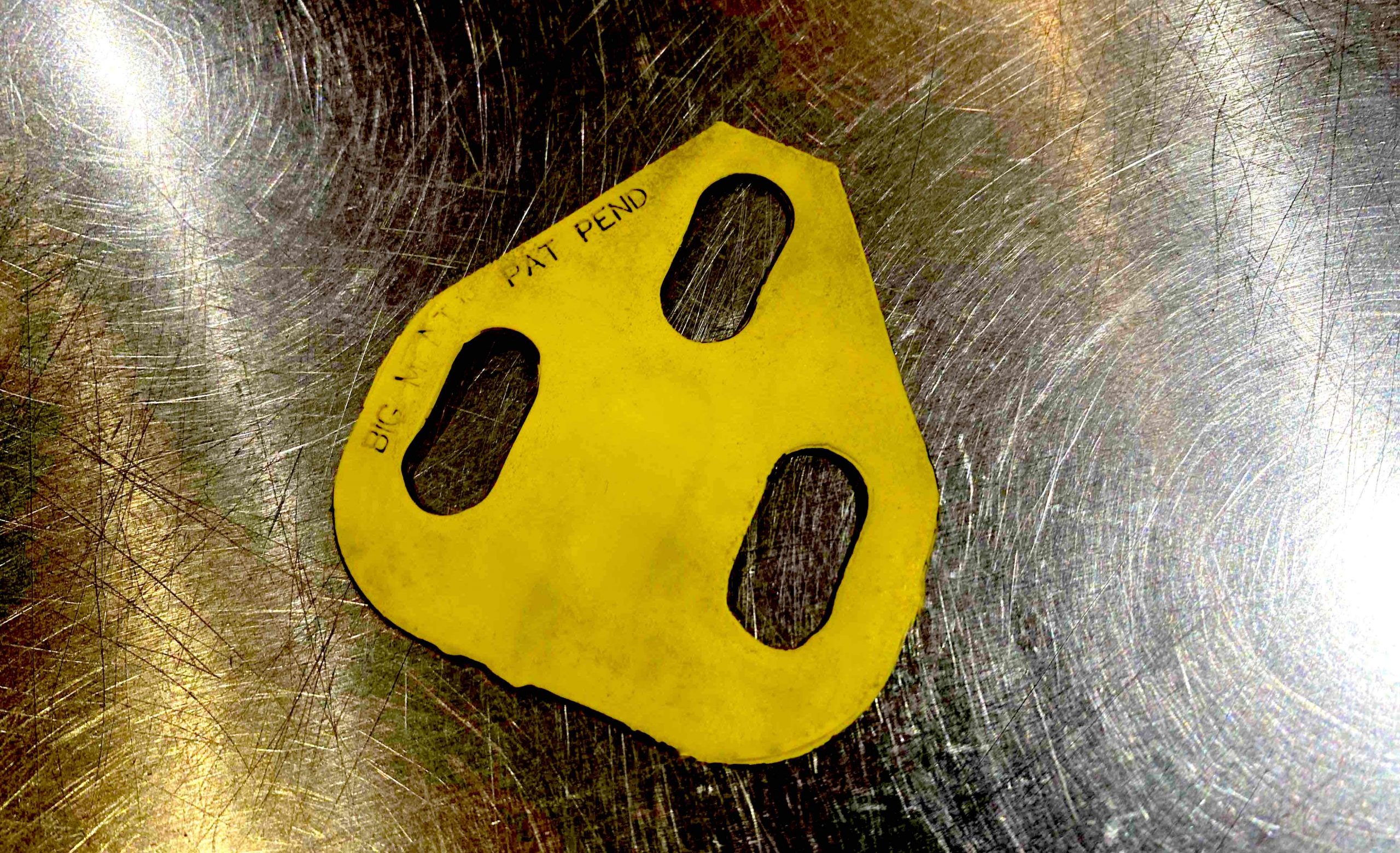 09 Sep The one about bike fitters (5 minute read)

Posted at 21:03h in Uncategorized by galibier 11 Comments

A stranger arrived at my door sporting a 120 mm stem that hadn’t been tightened properly.  He had been told I could help. After a few comments on the weather, he exchanged large amounts of personal information which included recent car purchase details (lease not HP) and the trip to a bike fitter. Aside from the stem, he sported a brush shaft of a seat post the bike fitter raised 44 mm (raised in one go- not incrementally) – but that wasn’t the kicker. The rider was quite new to the sport and had been told by the bike fitter that he had a “knee imbalance”  that could be corrected with this? This was a 1 mm spacer.  A one mm spacer that when compressed between the cleat and the shoe by my vernier gauge, measured 0.6 mm. The fee for the pedalling correction was £150. I don’t have much of a temper, I usually go quiet and plan how to dispose of the body- but in retrospect my response was not vocal enough. The new rider’s lack of knowledge was taken advantage of; pockets were emptied with leading questions “you feel better now don’t you”- and other statements that don’t deserve a question mark.

I’m sure everyone, even the beautiful people’s leg lengths are 1 mm out, we have hips, not pistons. We have knees, not universal couplings, which is why bike fitting can’t be just rulers and measurements. The eye of the bike fitter marries the parameters and limitations of the rider to best fit their given bike.

Forty years ago there were two schools of thought on bike fitting. The first and still arguably a great guide was putting your heel on the pedal and fixing the seat height with the leg straight, permitting a bend in the knee and allowing full use of the imagined power stroke. The second was putting your armpit on the saddle and fixing the seat height at your fingertip on the crank bolt. It was popular and quite mental to measure your saddle height by the length of an arm and extended fingers thinking that we were all symmetrical, where 4 times the length of the last carrot the rider ate would give better results.

Thankfully, in the late 80s I bought a book by my hero Greg Lemond. It contained the bible of information on how to become Greg Lemond. Within it a mysterious Dr. Ginet, who I always picture as a chain-smoking, dirty white lab coat wearing uncle, who worked with the legendary team director Cyrille Guimard. Together folklore tell us how they came up with a table of numbers over years and many late night garage sessions for the ultimate position of a racing cyclist.   Their theory of optimal saddle height is approximately 96% of full leg extension.  The chart numbers come from a calculation of the inseam multiplied by .883. And for the next 10 years of selling bikes I used this magic formula to set the seat height on bikes I sold, with varying degrees of success.

Before I purchased an inseam measuring tool, I handed the customer, without making eye contact, a 50 cm wooden ruler. I asked them to hold it where the saddle would contact your body, ignoring any possible implications or close contacts with the reproductive parts of the human anatomy. Why the measuring system and subsequent saddle height was flawed, was because some riders lifted the Wooden ruler so high and with such force, as to draw blood and at the least water the eyes of both of us. Whereas others barely touch their pants to indicate the presence of the mother of all saddle sores or a prospective mother superior.  The bar will rarely be horizontal, and their feet will often be too far apart.  Leaving me to guess a plus or minus to the measurement to make up for this and sometimes extra body padding to define accurately.

Saddle lay back was based on the length of the femur or dropping a plumb line over the front of the knee and have it intersect the pedal axel, or was it the side of the knee. I think I used both to suit the occasion.  Mostly, if the femur looked long-  I would drive the saddle back so far the hips were above the sprockets. If it was a TT bike- punch it forward in the seat post so as the knees were as close to the front hub as possible. Bar height was guessed, and I mean ‘Guessed’ like the recommended rider for the current 2021 size Large Specialized 56 frame, is a cyclist  5ft 9 to 6 ft 1, so… most of the male population of lower Western Europe.  If the rider could touch their toes- fit a 120mm stem. If their knuckles touched the ground a 130mm stem was fitted and if they could hardly bend at all from the hip to pick up a dropped £1 coin =90mm stem….all on the 56cm bike.

With the advent and broad use of bike fitters this guessing has come to an end, and I am delighted. Money spent here is far better than spent on new shorts. Getting your bike to best- fit your body based on experience, metrics of power and pressure on contact points, removes the guessing and most of the pointing at ‘yer man’s saddle height’ on the club run. These experts should be the first port of call if you are suffering from neck or back pain. Numb hands or knee pain can be generally diagnosed if not derived from an injury and corrected. But it is not exact. Most bike shops can get you very nearly there and some fully there to an ideal position. These fantastic do it all mechanic/sales/counsellors are also bike fitters with out the clean hands and framed charts. They sell bikes every day, generally have the expertise, but they haven’t the time to pander to our ego like a stand alone bike fitter at £100 an hour will.

Two different bike fitters will give you two different results, so you do need to trust a fitter like your own religion. There are other religions, but find one that suits you. It is not an exact science… Just look at the world tour; Pello Bilbao who is a superstar riding with Bahrain, has a saddle 30mm too low and pedals like he has a bag of fighting squirrels down his bib shorts. Any club run captain would take him aside at the coffee stop and hand him an Allen key and 2 minutes of advice;  but he can out climb the world and descends like an opened dam. Greg Lemond’s own saddle was 10 cm too far back and Sean Kelly’s saddle 40 mm too low by modern standards, yet both the best in the world.

If you have been to a bike fitting and he or she fired lasers at you and never enquired what your favourite climb was or why you stand with one leg straight and the other bent, then proceed with caution. They were going through the motions and like a coach handing a rider a copy and pasted training plan they give to everyone –  it will not be best for you. You listen and process and hope it is true (like the title of this, I haven’t a clue how long it takes someone to read it, so I put 5 minutes- your own experience will get your bars at the correct height.

If on the other hand you have never had a bike fit and are in pain and have just got used to sore shoulders after two hours riding – book an appointment.

Ask about. Find someone that listens more than talks and is busy. A bike fitter that has free time during the recent cycling boom is a worry, as most customers come from word of mouth recommendation.

The best thing about bike fitting is you are hiring a momentary friend. Someone you can talk to, who will compliment you and should instil a feeling of ease to get the correct, honest information. You will leave straighter and more efficient and love cycling a bit more.

Just if you see them pulling out a little, thin, triangle yellow cleat spacer….Hold your purse closed and RUN!