I got a email from Gerry Beggs today reporting of the sad passing of Wallace Mc Naul. Wallace was one of the senior figures in racing when I was growing up. A wee man with a big shadow. He was associated with cycling in Ballymoney since 1954 and was club secretary as far back as 1957. Off the bike is where he found his feet. I don’t know all the history, so shouldn’t be writing any epitaph of the man, but it would be a shame if he passed and no one remembered him.

He was the anchor man in Ballymoney’s Team Route CRT, which as far as I was aware in the early 1990s only had one member, Vanda McVicker, or perhaps I was just happy to see a girl on a bike and was blind to the rest.

Wallace had done enough in cycling before my time to be awarded an Honorary Life Member of Cycling Ireland. I know that in 1965 he was the one who travelled with Morris Foster to England, as a helper when he broke 4 hours for the 100 mile TT; and I know that when David Mc Cann in 2003 broke the 25 record, it was Wallace that they got to remeasure the Moira course. There was at least 50 years of service to the sport in Ireland.

What he meant to me was keeping cycle cross alive in the lean times. Amazing Cyclo cross leagues; where hot water was ferried in buckets from cow sheds to clean riders and bikes after. (Well dare you appear on a Mountain bike!)

It wasn’t the races that have the coolest memories. It was the hand typed results that arrived through your postbox, in a tiny brown envelopes on Tuesday morning. CycloCross numbers were so small that everyone got one.

He was a super mechanic and was proud of serving the national team in the 1970s and some how sold a me the first pair of Michelin Pro race tyres in Ireland.

The last time I saw him was at the Start to the Tour of the North a few years ago. He was half way up Stormont hill and I was fruitlessly warming up. I went passed and then went back full of guilt.

He complained of his health and that no one else had stopped. But another generation were warming up and walking past, unaware of the hours of dedication he must have given to the sport. I made an exit before the rule book came out. He gave me a nice nod of support during the prologue and was gone before it was over.

Rest in Peace and thanks. 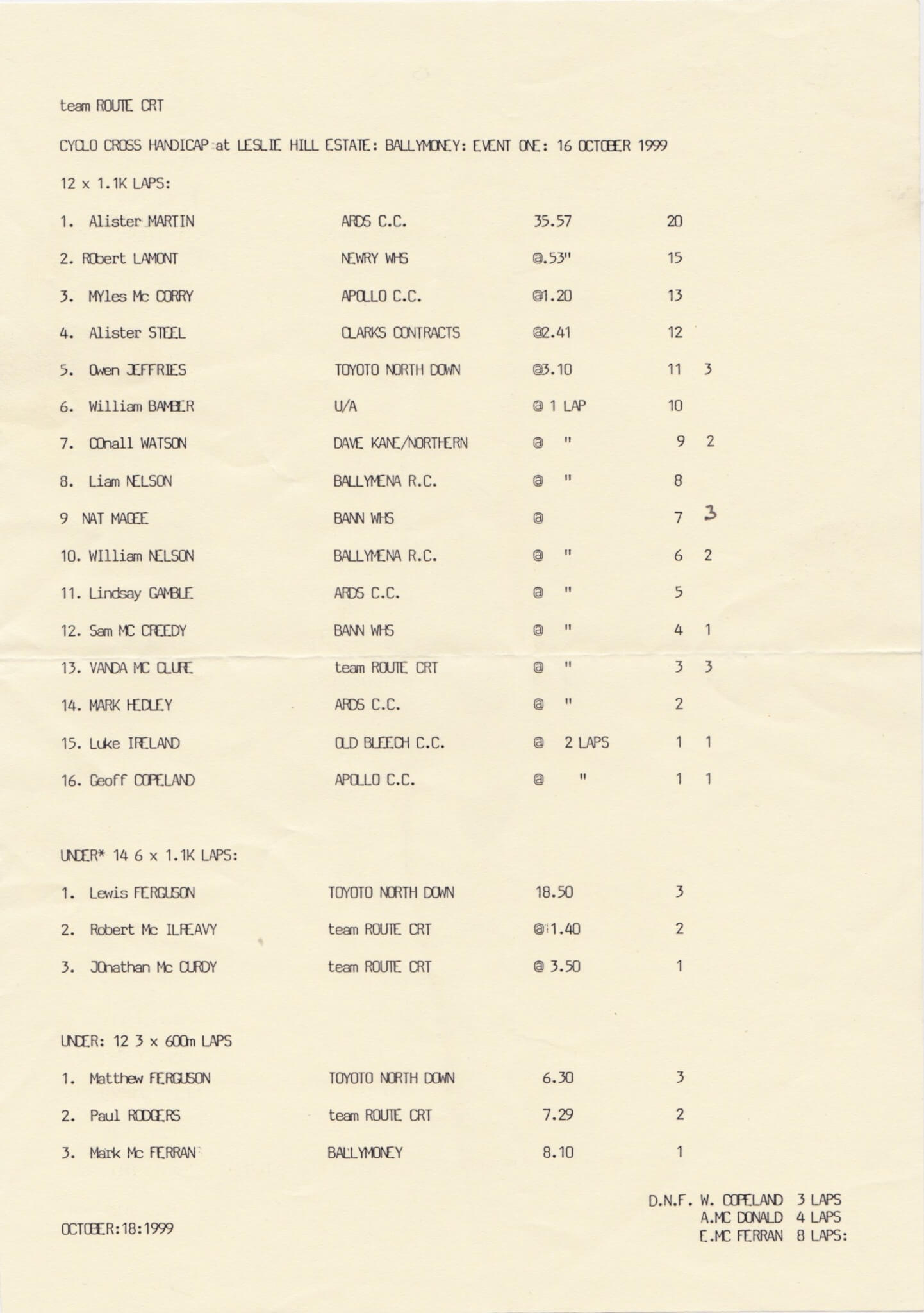